In the beginning, there was nothing...

Then, there were computers. People wanted a way to connect them together, and the first online services, starting back in 1978, were born. But back then, services like Compuserve and The Source cost up to 6 dollars an hour, even more if you did not live in a local calling area (which was most of America at the time), and a lot more if you actually used a modem to connect to those services, as the phone company liked to charge business rates for using modems.

Out of this, BBS systems were born. BBS's were put up by people who wanted to run their own systems, without paying a lot of money for services like Compuserve. These systems were often run on small computers like the Atari 800, Commodore 64, and Apple II. But these systems lacked one important feature, which was the ability for people to chat with each other in real time.

This brings us to a hobbyist/programmer named Bill Basham. Bill had figured out that the Apple II had 7 expansion slots that could fit the same kind of card, an AppleCAT modem, which ran at 300 baud. He also figured out that you could address each of those modems separately from the same program, and maybe even get them to talk to each other through it.

DDial was born. This started out as a small chat program with email (but you needed an expansion card for that) that ran at 300 baud, with up to 7 modems on one computer (but you could link multiple Apple II's together like The Great Beyond did, and get more lines!).

Needless to say, it was a sensation. Although under 100 systems were up, they were receiving tons of calls, and many users began to religiously use them for chat, much like IRC, but with brains and no DCC. Features such as private conversations, linking of ddials across the nation by means of Telenet/Internet/PC Pursuit, and 4 different chat channels distinguished DDial from the other chat systems out there that did not have these features, although they ran on much more powerful systems.

There were also a dedicated group of users that loved ddial, known as DDialers, chuds, or whatever name you choose to give them. These were the people that created the links between ddials (and gave us the big ones such as the Canada/Florida/New Jersey/Pensylvania/Texas/California ones), and kept DDial the way it has been for over 12 years.

However, DDial was ported to the IBM in the late 1980's, when it became technically possible on that machine. This system was known as Synergy, or STS for short. It was totally ddial-compatible, and was one of the first chat systems that made full use of the Internet for connectivity of remote systems. DDial and STS existed together quite well for a while, and although STS was more powerful, DDial systems stayed around until the early 1990's.

With the advent of faster modems, and the DOS-based chat systems ability to catch up to the Apple II in terms of expandability, DDials soon started to die out, or get replaced by STS systems. A few of them are still up even today, but they are mostly dead or broken. STS systems still stayed up for a while, but even they were reduced in number by the newer chat systems on the internet.

Although there were many chat systems already in place on the Internet, ENT (aka David Schenfeld) decided to port DDial over to UNIX using the standard UNIX libraries. This program, which is even more functional than DDial, is known as ENTchat. It has the ability to link with STS systems, and yes, DDial.

Since a large amount of people have joined the Internet, it has brought back a lot of the old DDialers, many of whom have accounts on ENTchat.

ENTchat can be accessed using a Java-capable web browser, a Windows 3.1 client program, a Windows 95/NT client program, or a UNIX client for many of the variants of UNIX out there (IRIX, Solaris, Linux, SunOS, HP/UX, BSD,etc.). The Windows clients have a lot more features, but are not as overblown as mIRC is.

DDial has a lot of history. Through ddial, there has been at least one major convention in Texas, and many get-togethers have been organized through it. It has helped create relationships (some of which have led to children), friendships, and enemies also. ENTchat is helping keep this spirit alive by providing the same familiar environment on the Internet. At least now it doesn't cost as much and runs much faster than 300 baud, even if you're on AOL.

After ENTChat went offline, so did many of the connections we all had. While many of us congregated on web-based bulletin boards and sites, or migrated to other chat sites, the experience of 300 baud didn’t exist for a while.

Several people were able to use old equipment from Internet Service Providers that once provided dial-up Internet to bring actual DDials online. Sites such as eBay made once-rare items such as AppleCAT modems more available. Examples of this included the Late Night BBS and RMAC, the latter of which is still running and has been since 2006.

In 2008, Mouse #059 was able to modify an existing Linux Apple ][ emulator to emulate AppleCAT modems and run Ddial in emulation. He chose to run The Savage Frontier, an old Philly Ddial system, in emulation. This brought back many old Ddialers. The emergence of several workalike systems such as Digital Dial and Retro-Dial came about due to this change. Also, Mouse demonstrated Ddial working in emulation on a Genesi Pegasos 2 at VCF-E 2008, which led to a few more users from the retrocomputing community.

However, none of these actions had as much of an impact of bringing back the community than Social Media. The emergence of Facebook led to the creation of numerous Ddial groups. Connections between people who had not communicated for years were re-established. The interest in Ddial grew once again.

Along with that came a general interest in retrocomputing. Programs such as BBS Server and numerous emulation options allowed anyone to run a BBS from their personal devices without the enormous cash outlay this effort would have taken in the 1980’s or 90’s. The number of BBS systems listed in the Telnet BBS Guide skyrocketed. BBS programs that had not been modified for years, such as C*Base or Image for the Commodore, Telegard and WWIV for the PC, and CNet for the Amiga, saw new versions that could run in emulation on Internet-accessible PCs.

The Raspberry Pi, a $35 ARM-based minicomputer designed to be the Commodore 64 for this generation, saw new use as a platform to deploy and run BBS software on. Where did this leave Ddial? RMAC and Retro-Dial were up. There was a lot of activity on Facebook. However, some wanted more than that.

James Quick, a Vancouver-area Ddialer was not content with just running a system in emulation. He decided to modernize it so that it could be easily accessed from smartphones, tablets, and newer computers. Magviz.ca was born from this idea. In just 2022 alone, it has gone from being a proof of concept to being the hub. This includes the ddial.com domain, ENTChat itself, and links to the other existing systems. COTOSNET has become the hub for connecting Ddial and STS systems and showing data in each of their preferred formats, which is a feature that the old links that ran over PC Pursuit, IRC, or other connections did not have. The site takes advantage of many of the newer technologies, while still retaining the old user interface. You can even use a Commodore 64 and chat with people using one of the Ddial systems accessible via telnet, such as Retro-Dial.

DDial has always been known as the anti-social network. It is ironic that Facebook catalyzed its modernization. 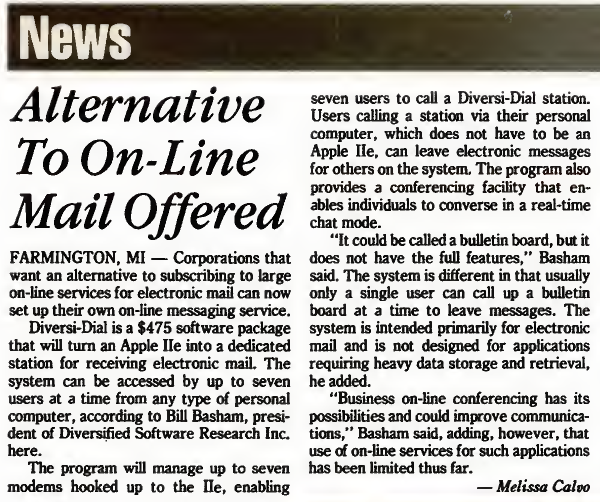 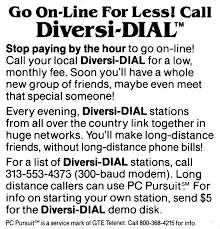 /M111
Those who live in glass houses, get dressed in basement.
© 2022 DDIAL.COM
Created by James Quick